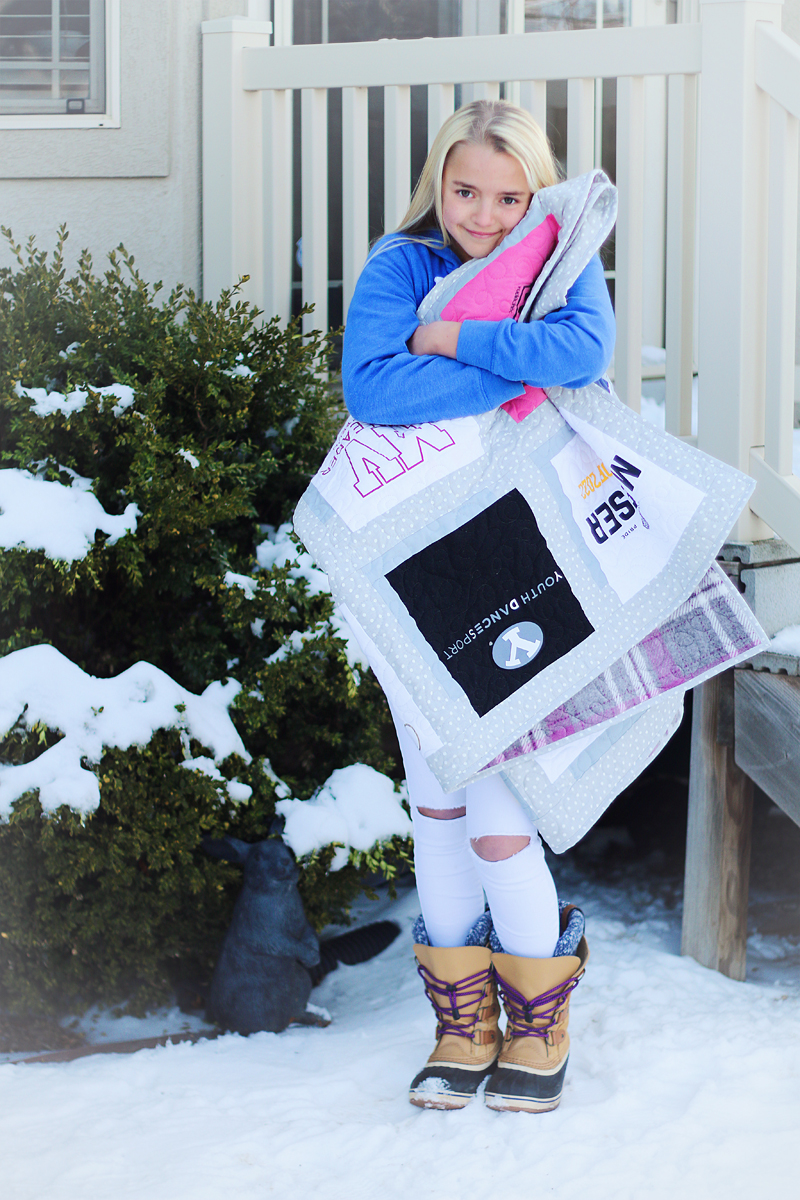 So last year around this time, I decided this was the year I was finally going to go all into quilting. I planned a bunch of projects, bought a new sewing machine, watched a bunch of quilting videos, and instead of throwing out The Teen's old t-shirts, I figured, why not make those into a quilt too. People do that. Right? 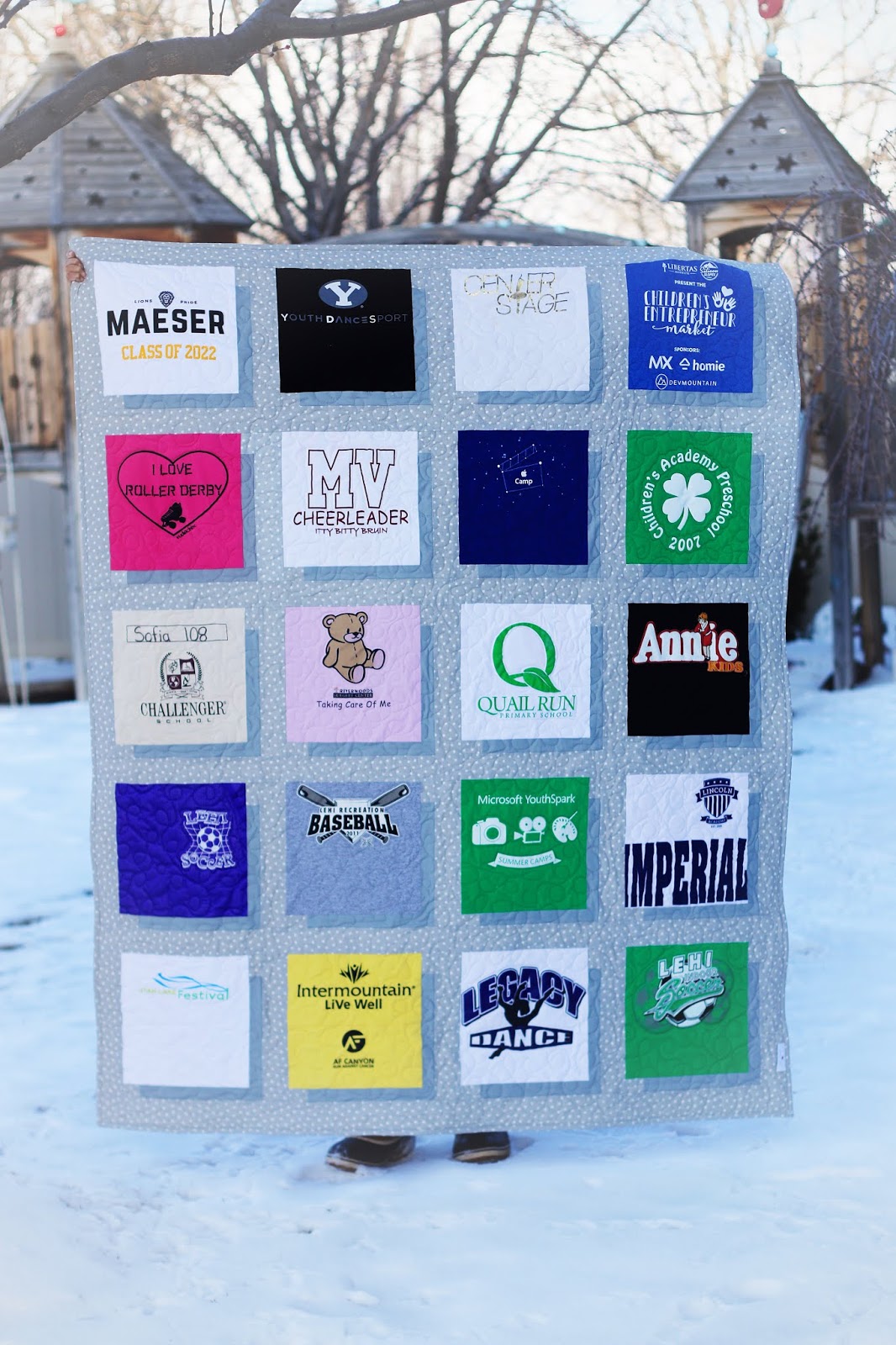 We proceeded full steam ahead. Interfacing and cutting the t-shirts. I figured it would be a good learning/practice projects we could do together. I came up with a pattern of borders that I could live with because all of her t-shirts were from childhood and so had to be cut quite small. Then, I stopped because I had gotten so invested in this throw-away t-shirt quilt that I didn't want to complete it without a t-shirt commemorating her high school years nor did I want to wait until she was finished with high school to make the quilt. So, I said, we'll wait until you have a t-shirt from the high school you will be attending in the fall. So we did. And here it is, a whole year later. The T-shirt Quilt. 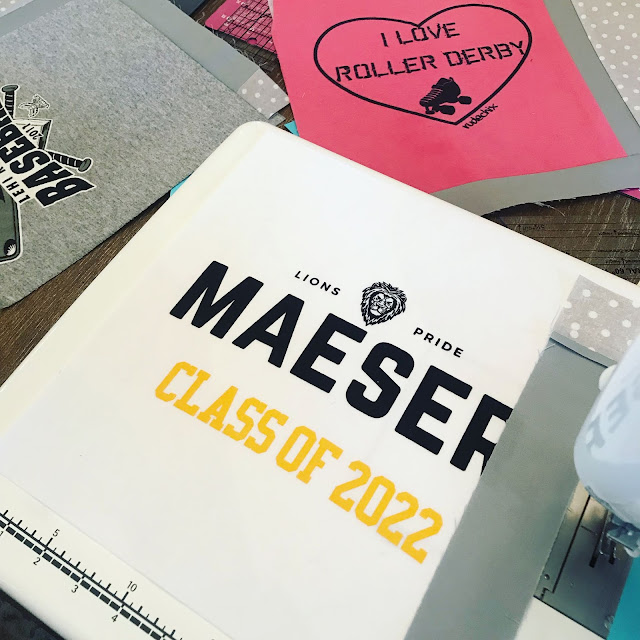 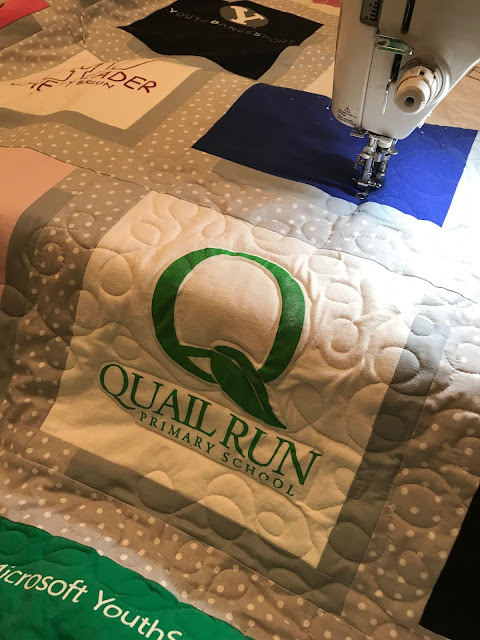 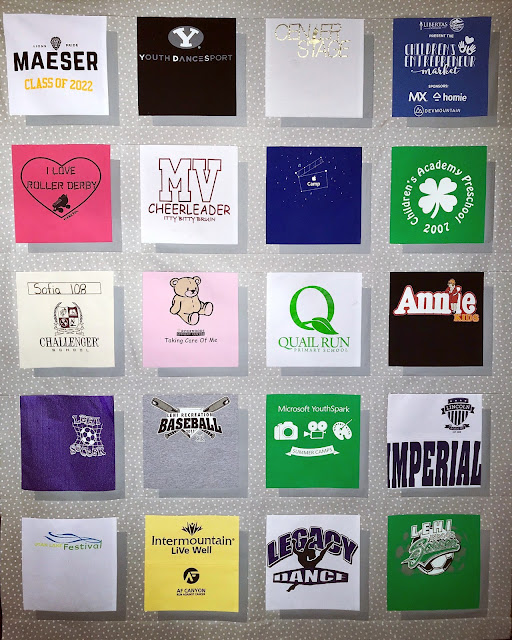 The Teen at first demanded cuddle fleece for the back because if it were up to her everything would be made of cuddle fleece, I guess. I talked her into what I figured would be a more economical choice, just fleece. But then we had to get the Luxe Fleece, so no that economical. THEN, she demanded that it be quilted with batting inside. Somehow, I caved into all the demands. I figured this one would be a good one to try an overall loopy quilting pattern. It's not fabulous, but I think it works. This marks completed quilt # 003! 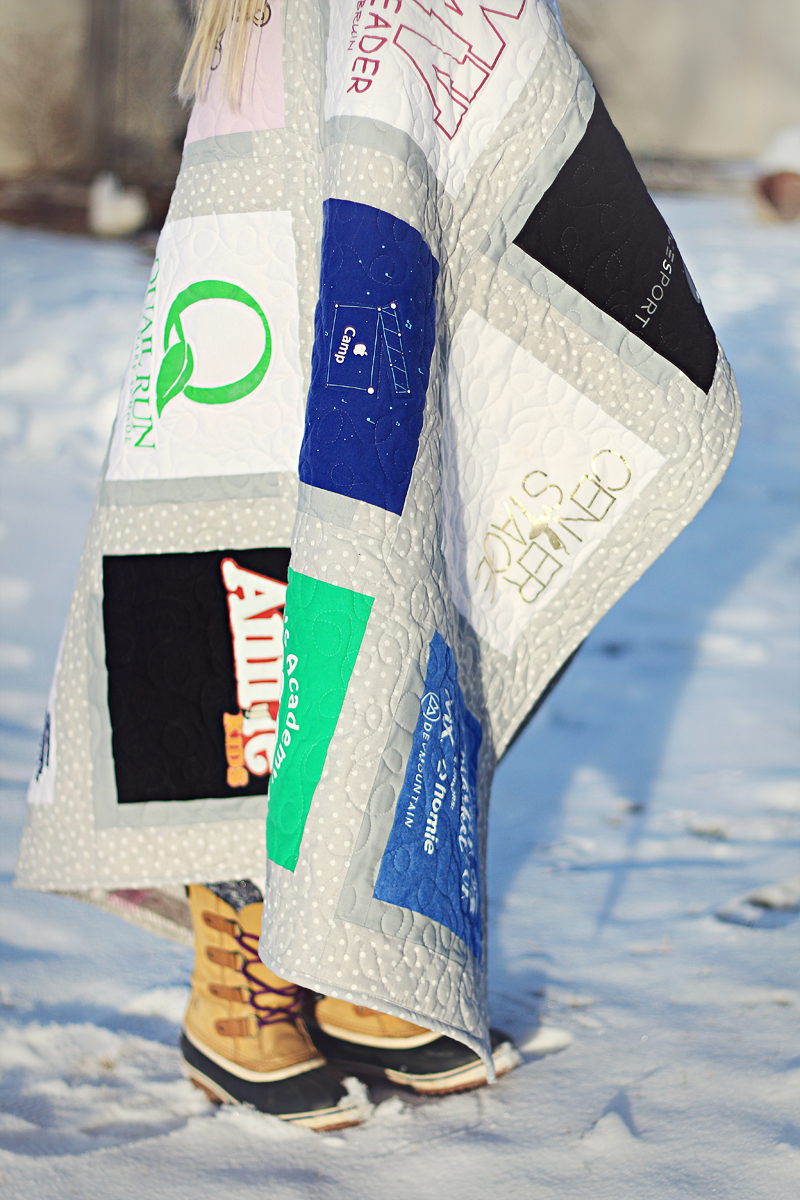 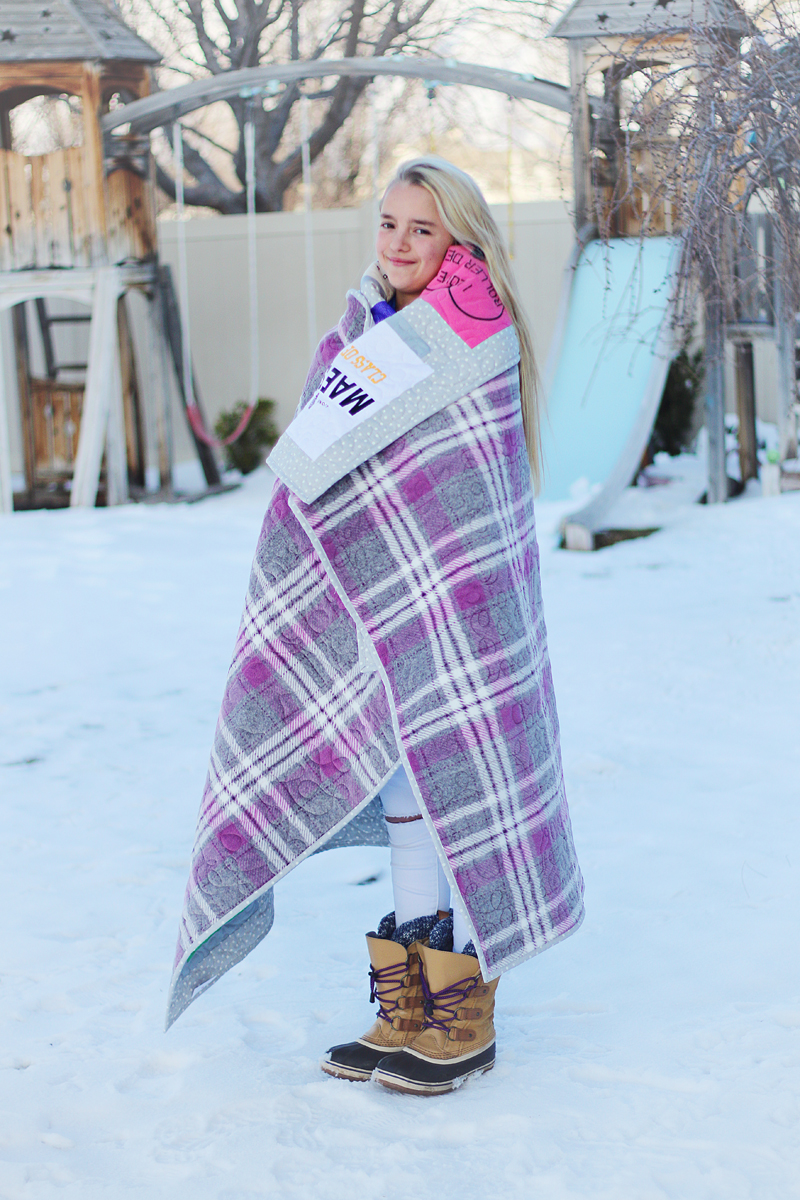 While the whole quilting thing may have stalled out last year, it's kicked in this year. So we might be seeing a few more FO's in the near future.


A friend of a friend ..... needed a cake made for her daughter's fourth birthday. I came up with a few ideas, trying to keep them uncomplicated. She opted for the more traditional nine inch round cake with decorations. I thought it would be simple enough, but it always ends up taking me way longer than I anticipate. I wish I could go to a professional cake decorating class by Debbie Brown or Rebecca Sutterby so I could learn some techniques like how to get things to stay glued on. I could never be a cake decorator -my time to money ratio is kind of ridiculous. But here it is. Monkey Pants now wants a Tinkerbell cake for her next birthday too, of course. I need to wake up early tomorrow to make sure she's not eating the mushrooms off of it. (It's happened before).

Just got done with this one. Another Emmeline Apron for a Christmas gift. I wanted to try something different with my choice of fabrics this time, although not too different since they are still Amy Butler prints. I chose some darker blue fabrics from the Daisy Chain (Aquatic) line that I wouldn't normally be drawn too. But I'm glad I did. I really like the result.

This time, I did a few things a bit differently. One thing about the pattern I'm not fond of is the wordy, yet poor instructions on how to place the waist straps onto the sides of the apron at the right angle. I really don't know why the correct angle isn't just printed on the pattern. So to minimize the trial and error approach encouraged in the pattern instructions, [TIP:] I laid out the fabric and the strap as it would appear once constructed and simply marked a line on the strap corresponding to the angle of the apron. Then, I flipped both apron and strap layers over together; lined up the strap with …
19 comments
Read more

For my daughter's upcoming birthday party, I decided I might try my hand at face painting. I collected some photos from the internet I liked, check out a book at the library, and bought some face paints at the party store. The face paints are not very cheap but cheaper than hiring a face painter, right.


Here's a couple of the faces I've tried so far. Now if I can only get my face painting time down to ten minutes from twenty minutes a face for the party. I think I may have to enlist a volunteer to help out too.


The painting part is actually much easier than it would seem. The only thing that makes it challenging is that the canvas is constantly moving around (at least my canvas). It's not too hard to wash off, but the black takes a bit more scrubbing as the paint is grease or oil based. It makes for a fun activity especially as it gets too cold to go outside. My 3-year old thought it was "amazing" when she looked in the mirror. I even talked my husband in…
4 comments
Read more